The Museum of Broken Relationships was a major stop in my journey. It’s the only museum I’ve visited which is structured around a universal human experience, rather than playing a role in shaping a national or regional identity. My visit sparked thoughts around institutional museum voices and questions about the predominance of stories versus objects in our galleries.

In some ways, it’s not too difficult to understand multiple voices in the digital space of a museum – tagging objects in online collections, commenting on blogs or engaging via social media. Lorie Bird Phillips has written wonderfully about ‘open authority’ (article pay-walled), bringing in the principles of the open source software environment, like Wikipedia, to transform the museum’s ‘unassailable’ voice. She encourages museums to consider how to “incorporate new voices into the core of interpretation, rather than in supplemental programs”. It’s a pertinent point, as visitor voices inside the physical museum and as part of interpretation, are uncommon. The Museum of Broken Relationships is a great example, another is Object Stories at the Portland Art Museum, about which Nina Simon interviewed Christina Olsen, the original overseer, in 2011. The online version is compelling, with a number of moving stories, like this one, being appropriate for the Museum of Broken Relationships.

Object Stories points to the other side of my ruminations. Which comes first here, the story or the object? It seems a curious question to ask, but not long after my visit, Thomas Soderqvist made these statements on Twitter:

. (cont.) that is, objects are primary, stories (and other modes of writing) are secondary @SciTechCurator @amhistorymuseum @AlexiBaker

. (cont.) bodies and objects are ends, stories (and other modes of writing/thinking) are means @SciTechCurator @amhistorymuseum @AlexiBaker

Thomas, at the Medical Musieon in Copenhagen, has been pushing the barrow of objects first in museums. His colleague, Adam Bencard, has written three, excellent, posts, working through the power of materiality in museum spaces and on visitors. It’s an admirable cause and appropriate for a medical museum. But a general preference for objects or stories? This seems unfeasible after my visit to the Museum of Broken Relationships.

Crowd-sourcing objects and stories appears to be an effective way to incorporate visitor voices into the physical museum space, enabling visitors to voice the connection between the two. The story becomes the glue. Portland’s Object Stories and the Museum of Broken Relationships use objects as a means to collect stories, working in the opposite vein to the Medical Museion.

“The story, that is, the description is your own creation, your personal confession, the display caption accompanying the object you are entrusting us with. Be frank, withdrawn, furious, imaginative, witty or sad. Through your story you create the museum display – it is your stage.” (museum website, FAQ’s)

Visitors read all the labels, the stories are compelling. Some contain one sentence, others required three labels to hold the text, plus a duplicate for translation. Some embrace the telling of an entire story, others keep the details hidden, indicating only the significance of the relationship. Others focus on one incident in a relationship encapsulating its positive or negative aspects. They all give a strong sense of the person who wrote it. The galleries are filled with individual, named voices enthusiastic to be heard, grateful to have their story validated. Collectively they reflect the story many of us feel we carry in our most important relationships. 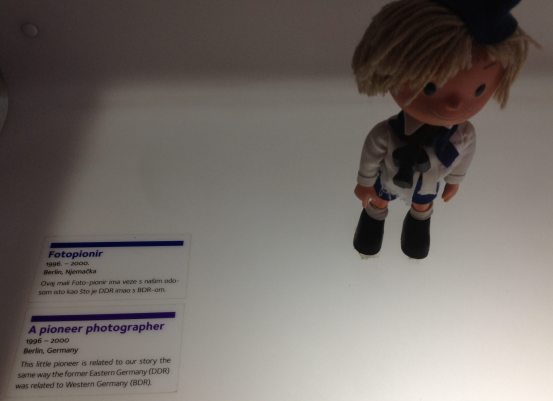 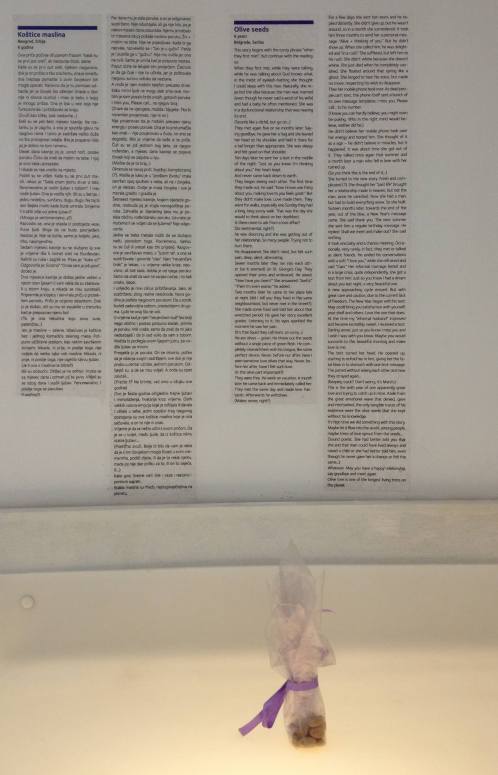 As for the objects, Jasper Visser points out the Museum of Broken Relationships is ‘unpolished and genuine’ and this is most apparent in the galleries. Objects are displayed on plinths and none are out of reach. You’re allowed to touch and no staff supervise visitor behavior – the Museum trusts its visitors. Grouped into categories, the objects might appear as a haphazard collection of everyday items. But they’re presented in the context of a home, each gallery feels like a domestic space (the front entrance, the hallway, the lounge, the bedroom, a bathroom) and the objects on display resonate with each area. It’s the stories which raise them in our minds, and each time I looked at an object it only pointed me back to the story.

I’d read a lot about this museum before my visit, about their neat branding, famed coffee (the best iced coffee in Zagreb I’ve been told) and the designed products in the shop. Judging by the enthusiastic response to my live tweets, many others across the world are familiar too. The institutional voice had reached me loud and clear before I made it to Croatia. So I noticed when this clear voice stepped back once I entered the galleries. Only basic categories are imposed on donor voices. The presence of the original owners still sit around the objects like witnesses, like hands outstretched in presentation, although the tone of many labels tell of relief at letting go. 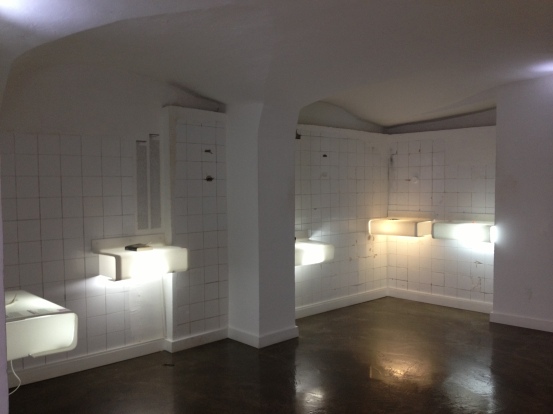 Like another museum of everyday objects, the Frederic Mares Museum in Barcelona, the Museum of Broken Relationships reflects the domestic and the quotidian. But this time its about the significance of relationships and emotion in our everyday lives, not our material culture. These objects take a backseat role to the stories, the donor voices.

Stories are equally as powerful as objects. Given the right circumstances, like the Museum of Broken Relationships, they can and should come first. Does this mean the Museum could exist in a different form, as a book or website instead? I felt the effect of donor stories mingling with my own emotions and relationship experiences, and know it did the same for my fellow visitors. Standing beside others, exploring the museum, I felt uplifted in knowing we all have significant, touching stories about connection. We’re all affected by our relationships, vulnerable to each other. It’s language and stories that binds us to objects and each other.

Have you found a museum which incorporates visitor voices well? Do you prefer a strong museum voice or one that speaks with less authority? Do you have a preference for objects or stories? What are your thoughts?